A little book amidst the ruins

If that's lost I'll never get it back 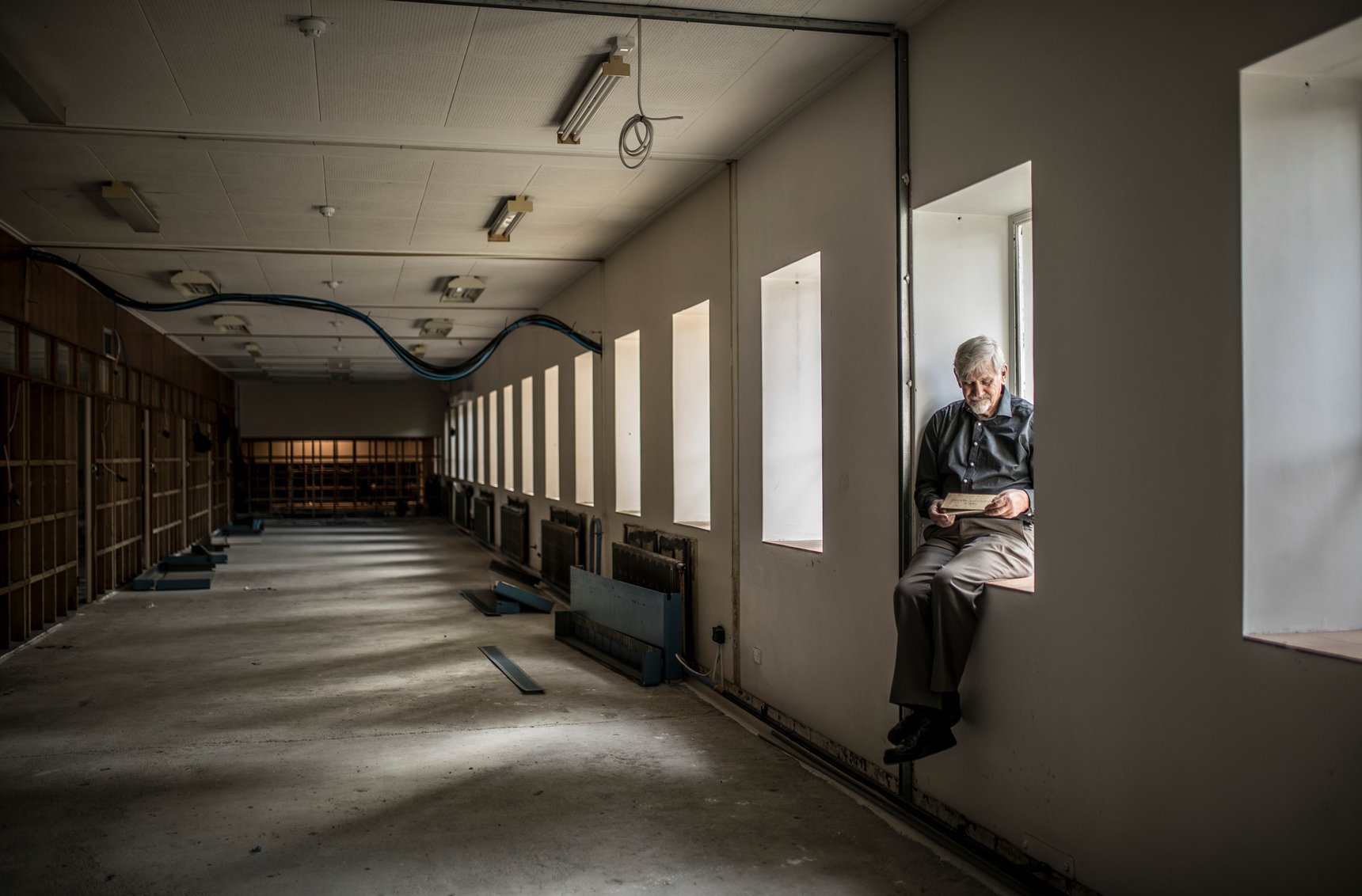 Peter Doe with his father's book in the engineering building at the University of Tasmania. Image: Eddie Safarik

Had my wife and I been in that office at the time, I don't know what would have happened when a wall of water nearly two metres high hit it coming straight through from the outside and straight in.

I mean we might not have got out of there. So it was fortunate that we weren’t there.

At the time I was in China teaching mechanical engineering to a group of students there and I didn't hear about the flood until somebody posted a photograph of my office on Facebook.

It was a bit of a shock because it appeared our office was inundated to a depth of about 1.7 metres and the video that you may have seen of the flood wave going up the corridor–at the end of that corridor was actually an office that I share with my colleague and wife. So that took the full brunt of the flood when a door immediately opposite collapsed. And so that was what we were told. And that's the first we heard of it. Now being 15,000 kilometres away there were not a lot I could do.

What went through my mind was that could anything be salvaged? I mean I've been teaching at the university for a long long time and there were some things that were fairly precious to me like my lecture notes when I was a student and I was hoping that they could be salvaged. Well they weren't. But there are other things as well. A little book that my late father wrote. He was a science teacher and I think it's probably the only copy in existence. It’s just a small book and just typed. I reckon it would be 1927 or something like that. And it's a book on chemical analysis. He was a science teacher and I thought well now if that's lost I'll never get it back. I could picture them in the mud there. And I couldn't do anything about it.

I was still in China for the next 4 weeks. And when I got back everything was cleaned out. There was nothing in the office except a muddy line at 1.7 metres above the floor where the water reached.

All of the soft material was backed up. So I didn't lose and my wife didn't lose any programs or whatever but of course that material only goes back to about 1983/1984, when we started using internet, and my history at university goes back to when I was a student in 1957. So all my lecture notes and a few of my Honours students’ theses had gone and that's a pity because they can't be replaced. And they were not copied or transcribed or whatever.

What had happened was that the books at the highest part of my bookshelf, some of them survived. And this was one of the things that survived. So I was very pleased to get that one back.